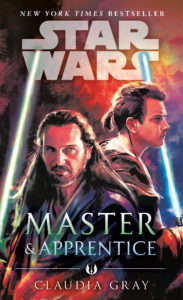 NEW YORK TIMES BESTSELLER • An unexpected offer threatens the bond between Qui-Gon Jinn and Obi-Wan Kenobi as the two Jedi navigate a dangerous new planet and an uncertain future in the first canon Star Wars novel to take place before the events of Star Wars: The Phantom Menace.