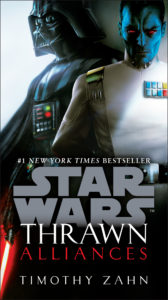 #1 NEW YORK TIMES BESTSELLER • Grand Admiral Thrawn and Darth Vader team up against a threat to the Empire in this thrilling novel from bestselling author Timothy Zahn.