The Rebel Files: Collected Intelligence of the Alliance (Deluxe Edition) 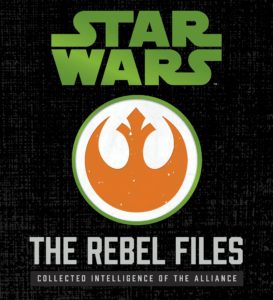 Branded as rebels and traitors, the members of the Alliance worked from the shadows, gathering information and support from across the galaxy to bring an end to the Empire’s tyranny. Concealed within a secure case, their most vital and sensitive information was collected by one of Mon Mothma’s most trusted aides and kept hidden until now. Discovered in the ruins of an abandoned rebel base, these files have been passed among members of the Resistance, who have added notes, updates, and new insights to the documents. A repository of Alliance intelligence, The Rebel Files weaves together classified documents, intercepted transmissions, and gathered communications to trace the formation of the Rebel Alliance. Within the case, an imbedded projection unit — activated by the push of a button — displays the Death Star plans plus a reconnaissance image of Death Star II. Unlock the secrets of the Rebel Alliance!