The Princess of the Scoundrel (Barnes & Noble Exclusive Edition) 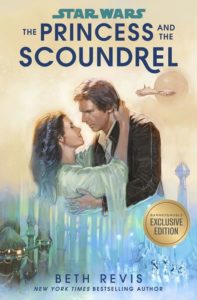