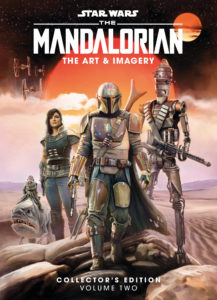 This special magazine edition brings you closer to the next chapter in the Star Wars saga, as it celebrates The Mandalorian Season 1, produced John Favreau (Iron Man) and Dave Filoni (Star Wars: The Clone Wars), and starring Pedro Pascal as the eponymous bounty hunter.

Features stunning art and photography from the second half of Season One that explores the world of The Mandalorian and The Child as they battle to survive in the lawless corners of the Star Wars galaxy.