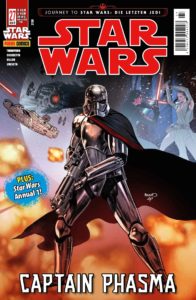 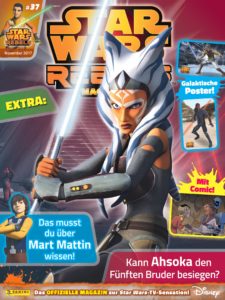 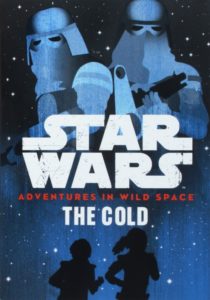 Milo and Lina Graf have picked up the trail of their kidnapped parents–but an ambush in the depths of Wild Space leaves them stranded on a desolate ice planet. With an old enemy out for revenge, can they survive THE COLD?!

Stormtroopers: Beyond the Armor 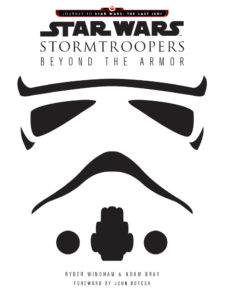 Just in time for the next blockbuster, Star Wars: The Last Jedi, this unique and beautifully designed compendium with removable features traces one of the franchise’s most iconic characters—the stormtrooper—from initial development through all nine Star Wars movies to their many iterations in TV, comics, videogames, novels, and pop-culture

Star Wars: A New Hope, the very first installment in the beloved science-fiction series, introduced the Imperial stormtroopers—the army of the fearsome and tyrannical Galactic Empire. Charged with establishing Imperial authority and suppressing resistance, these terrifying, faceless, well-disciplined soldiers in white have become a universal symbol of oppression.

Star Wars: Stormtroopers explores these striking warriors and their evolution in depth for the first time. Ryder Windham and Adam Bray trace the roots of their creation and design, and explore how these elite troops from a galaxy far, far away have been depicted in movies, cartoons, comics, novels, and merchandizing.

Filled with photographs, illustrations, story boards, and other artwork, this lavish officially licensed book comes complete with removable features, including posters, stickers, replica memorabilia and more, making it an essential keepsake for every Star Wars fan, as well as military, design, and film aficionados. 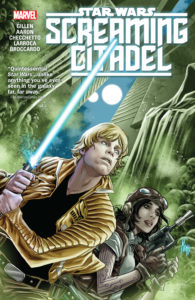 A rebel pilot and a rogue archaeologist delve into the darkest shadows of the galaxy side by side, as Luke Skywalker reluctantly teams up with Doctor Aphra! The not-so-good Doctor will make Luke an offer he can’t afford to pass up…one that leads him to a very rare gathering at the heart of the infamous Screaming Citadel! Will Luke find what he’s looking for? Can Aphra be trusted? Or will they both wind up victims of the Citadel’s queen? And as this unlikely duo steps right into the lair of one of the most powerful, reclusive and dangerous women in the galaxy, can Han and Leia be far behind them? 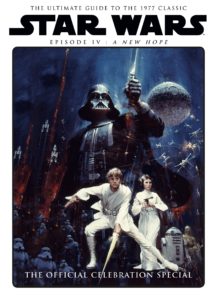 A detailed look at the making of the movie that started it all: A New Hope! Featuring rarely seen images, information on the creation of the story and the realization of the iconic elements that came together to create an enduring modern myth that has enthralled audiences for decades.

1977 marked the release of a space fantasy film like nothing else. It grew to become an iconic film that spawned sequels, prequels, comic books and novels, and changed movies forever. This book concentrates solely on that first film, charting the difficult journey from script to screen, the creation of the characters that soon became household names, and the stunning special effects sequences that blew audiences away and have been dazzling them ever since. The essential book is lavishly illustrated with rare photos and art from Lucasfilm.

Jedi of the Republic – Mace Windu #3 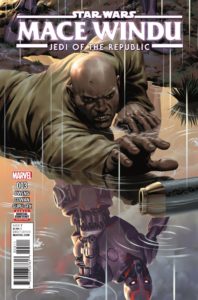 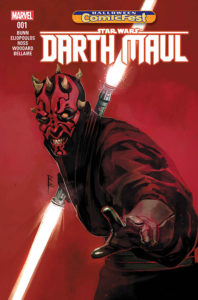