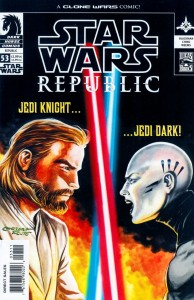 An all-Jedi strike force is assembled for a secret mission to infiltrate a Skakoan Techno Union base that is supporting the Separatists. Among those selected for the mission is Obi-Wan Kenobi, who finds himself teamed with several legendary Jedi Masters. Surrounded by so many powerful individuals, Obi-Wan feels there is little he can bring to the mission.

But when the base turns out to be a trap designed to kill Jedi, Obi-Wan finds himself in a leadership position, fighting for the survival of the team! Jedi powers, Jedi sacrifices, and another surprising confrontation!