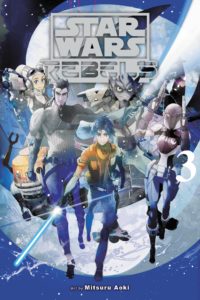 Ezra continues his journey with the crew of the starship Ghost as he battles against the forces of the Empire! Ezra has become Kanan’s Padawan, but Kanan has no confidence in himself as a Jedi. Even so, he swears to teach Ezra the ways of the Force…