Inquisitor: Rise of the Red Blade 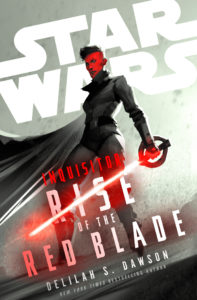 When the Jedi Order falls, the Inquisitors rise.

From the aftermath of Order 66 comes a new group of former Jedi, each with their own reason to serve the Empire under Darth Vader. Among them is Iskat, who survived the destruction of her old Order to claim a new destiny in the Force. Iskat joins the Inquisitors in the hope of uncovering her hidden past that the Jedi refused to share with her.