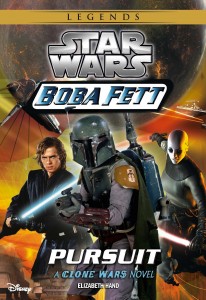 Don’t miss the exciting conclusion of the Boba Fett series! After surviving the battle with General Grievous, Boba Fett is emerging as one of the galaxy’s most skilled bounty hunters. But Boba has his eye on one bounty: Mace Windu, the Jedi who killed his father. When Boba finds himself on Coruscant, he plunges into the planet’s underworld and finds Mace Windu for the greatest confrontation of his life—and his only chance at revenge.