Princess Labelmaker to the Rescue! – An Origami Yoda Book 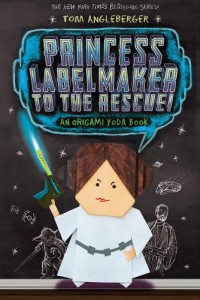 The Origami Rebellion continues at McQuarrie Middle School! Our heroes must stick together and use their Star Wars puppets for a new set of challenges. Under the leadership of Tommy, they must rescue their lost comrade Mike, protect their pal Murky from a nasty attack, put on a musical version of „Olivia“ Twist and face a final showdown with the school board and Professor Funtime himself! To battle the professor, they’ll need to recruit a powerful ally…Principal Rabbski! But can Dwight, Tommy, Sara and the gang actually get her to join the Rebellion?