The Essential Legends: Into the Void (Dawn of the Jedi) 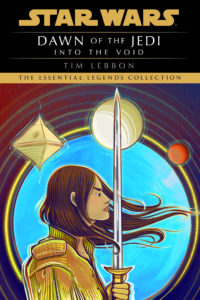 NEW YORK TIMES BESTSELLER • Discover the origins of the Jedi order, as a lone Je’daii ranger fights to save their ancient homeworld, Tython, from disaster.