Episode VI: Return of the Jedi – Read-Along Storybook and CD 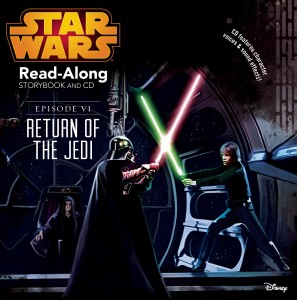 The Rebellion begins a desperate mission to defeat the Empire once and for all in Star Wars: Episode VI Return of the Jedi. Fully illustrated with gorgeous images by Star Wars artist Brian Rood, this epic storybook also includes a CD with word-for-word narration, music, and character voices. Follow along as Luke Skywalker and the rest of the rebels take on the Empire’s deadliest weapon yet–a new Death Star.