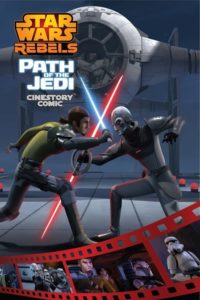 As the Ghost crew fights to escape the Inquisitor, Ezra is tempted by the lure of the dark side when he learns something about his past that makes him question everything. And when Ezra encounters one of the greatest Jedi the galaxy has ever known, he must learn to embrace his fear in his quest to reconcile his past and master the Force.