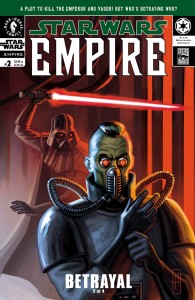 The plot against the Emperor and Darth Vader proceeds, but as the conspirators worry about whether either of their targets suspect — and how much they might suspect — they also begin to wonder about each other. Can the cold-blooded killer Gauer be trusted? What about the ambitious Imperial Officer Dezsetes? And who can tell what goes on behind the blank eyes of the cybernetically enhanced Grand Moff Trachta? In the midst of the plots and counter plots, word comes of a new threat — a new, unknown Jedi has emerged to challenge Vader…