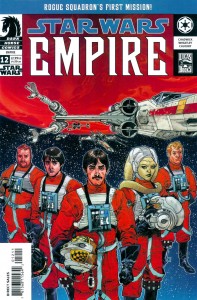 After the mutiny on board the Rand Ecliptic, Biggs Darklighter and his companions finally are able to make contact with the Rebel Alliance. The Rebels desperately need skilled pilots like Biggs and his friends, but it’s hard to fight the Empire with the outdated fighter craft they have on hand.

A plan is hatched to „liberate“ several squadrons of X-wings, but until the Rebels get their hands on the new fighters, their only hope is pluck, luck, and the skill of pilots like Biggs Darklighter…