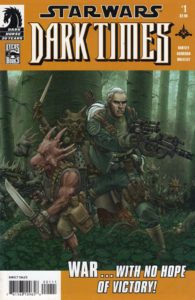 „For over a thousand generations the Jedi Knights were the guardians of peace and justice in the Old Republic. Before the dark times, before the Empire.“
–Ben Kenobi

The dark times are here. Even as the worlds of the former Republic are drawn into the iron grip of Palpatine’s Empire, the galaxy seems adrift in a sea of chaos, lawlessness, and despair.

On Coruscant, Darth Vader waits for his Master to reveal his vision for the future. But is there a plan beyond obtaining power? On New Plympto, Jedi Master Dass Jennir leads a Nosaurian army in a war they have already lost. Is this what it now means to be a Jedi?

Dark Times #1 is the gateway to a new era in Star Wars history, an era where the future is grim, evil is on the rise, and all paths seem to lead nowhere . . . 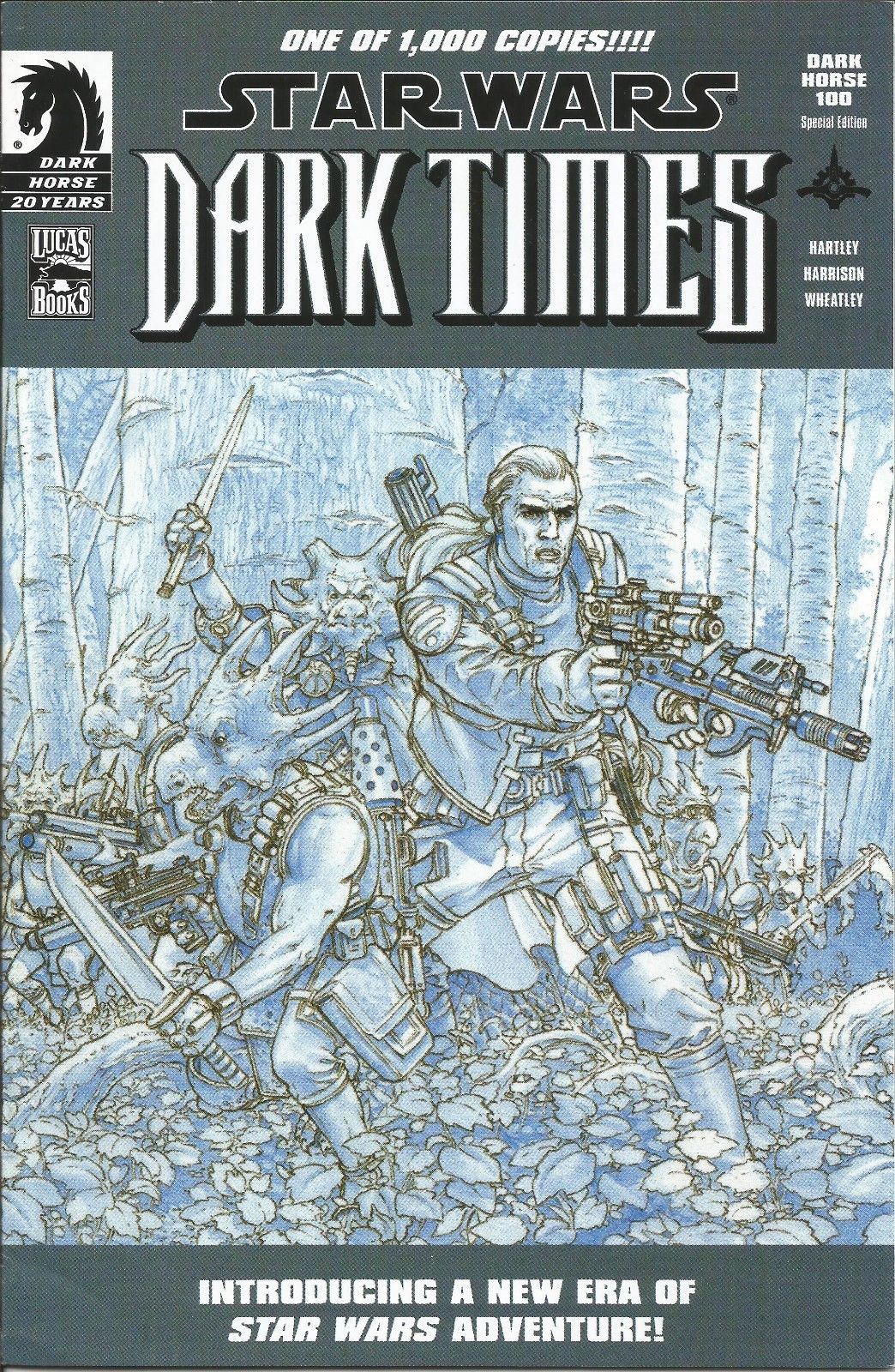