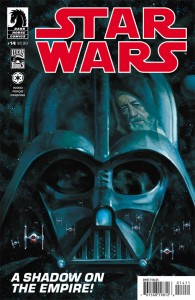 Ben Kenobi haunts Darth Vader’s dreams, even as the name Skywalker occupies his waking thoughts. The Rebel victory over his former flagship has exposed spies and incompetence within the Empire, and Vader has decided an off-the-record mission of vengeance is needed to clear his head—and restore his reputation!