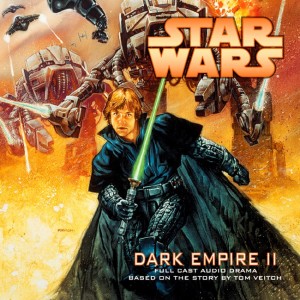 In Star Wars: Dark Empire, the Rebel Alliance once again fought and defeated the forces of the Empire. Or did they?

As Luke Skywalker searches the galaxy for clues to the history of the Jedi, Han and Leia lead the Alliance against a terrible new threat as a group of “Dark Jedi” fulfill the Emperors final mission.