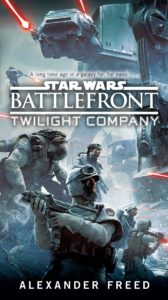 NAMED ONE OF THE BEST BOOKS OF THE YEAR BY BUZZFEED • A companion novel inspired by the hotly anticipated videogame Star Wars: Battlefront, this action-packed adventure follows a squad of soldiers caught in the trenches of the ultimate galactic war between good and evil.