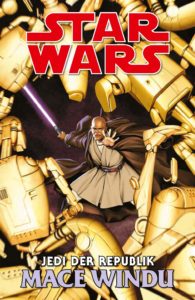 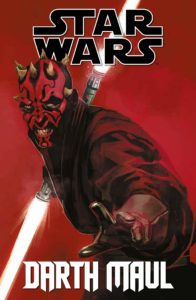 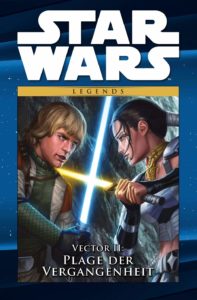 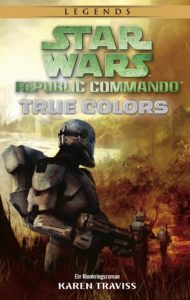 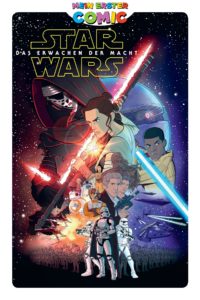 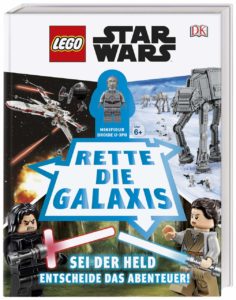 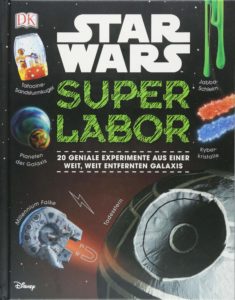 Lando: Double or Nothing #4 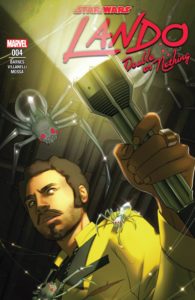 THE GALAXY’S MOST DEBONAIR ROGUE! 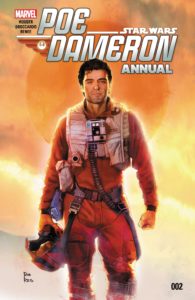 CAN POE DAMERON OUTMANEUVER ONE OF THE GALAXY’S GREATEST PILOTS? 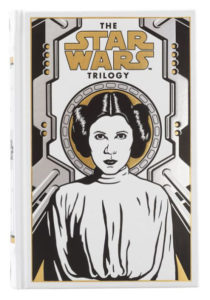 The release of George Lucas’s Star Wars in 1977 launched an epic saga that has changed how we view science fiction. Experience the wonder and magic of the Star Wars universe with The Star Wars Trilogy, a collection of the first three Star Wars novels and a collective exercise in modern myth-making.

Star Wars: A New Hope, by George Lucas, is the coming-of-age story of Luke Skywalker, a farm boy who finds himself a key player among Rebel forces revolting against the tyrannical Empire. This novel introduces many of the saga’s iconic characters: smuggler Han Solo, his co-pilot Chewbacca, Princess Leia, the droids 3-CPO and R2-D2, Luke’s mentor Obi-Wan Kenobi, and Darth Vader, Luke’s nemesis, who incarnates the dark side of the Force.

The Empire Strikes Back, by Donald F. Glut, continues the thrilling story with the Empire in hot pursuit of the Rebels as they flee to their new outpost on the planet Hoth. Luke trains with the mystical Jedi Master Yoda to channel the Force and hone the skills he needs to become a Jedi Knight–and in a showdown with Darth Vader he learns a stunning revelation about his heritage.

Return of the Jedi, by James Kahn, concludes the trilogy with the Empire embarked on the construction of a new Death Star to replace the one destroyed by Luke and the Rebels. In alliance with the Ewoks of Endor, the Rebels fight the Empire to destroy its new weapon while Luke engages in his climactic final fight with Darth Vader.

George Lucas provides illuminating introductions for each of the three novels.

The Star Wars Trilogy is a distinguished new edition to Barnes & Noble’s Collectible Editions classics. Each volume features an exquisitely designed bonded-leather binding, with distinctive gilt edging and an attractive silk-ribbon bookmark. Decorative, durable, and collectible, these books offer hours of pleasure to readers young and old and are an indispensable cornerstone for every home library.

Anakin Skywalker and Padmé Amidala embark on an action-packed adventure where not all is as it seems in a story by fan-favorites Elsa Charretier and Pierrick Colinet!