The Rise and Fall of Darth Vader 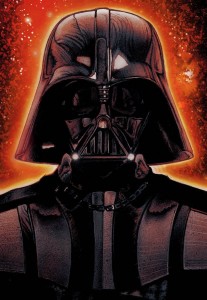 The full story of Anakin Skywalker, from his birth in slavery to his death as the powerful Darth Vader … told for the first time in its entirety by NYT bestselling Star Wars author Ryder Windham. Spanning all six Star Wars movies and including the pieces of the story that fill in the gaps, this novel will be a must-have for any Star Wars fan.