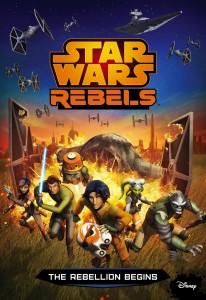 Ezra Bridger knows how to take care of himself. Growing up in the shadow of the Galactic Empire, Ezra has always stolen what he can to survive–and to mess with the Empire. But when one of Ezra’s heists goes terribly wrong, he finds himself thrown together with a team of rebels. Lead by brash maverick Kanan Jarrus and fearless pilot Hera Syndulla, the rebels are on a mission to free enslaved Wookiees from an Imperial prison. Now Ezra must decide whether to go back to his simple life on Lothal, or join the rebels in their fight for freedom.