Bounty Hunters Volume 5: The Raid on the Vermillion 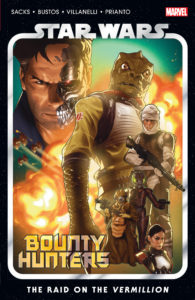 A clear and present Dengar! The galaxy’s most underestimated bounty hunter is leading T’onga’s crew on a desperate attempt to break into the Crimson Dawn’s stronghold – but he’s also leading them into a trap! Now time is running out – and one of them may not survive Vukorah’s deadly revenge. Meanwhile, the cybernetic Valance has found new purpose as Darth Vader’s secret weapon. But how far is he willing to go to protect an Imperial officer from assassins? Dengar may be about to get exactly what he deserves! Valance makes a decision that will change everything! And the bounty hunters are locked in a desperate attempt to escape the pull of a black hole – but the good news is, the Pykes might kill them first! 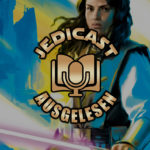