The New Essential Guide to Droids 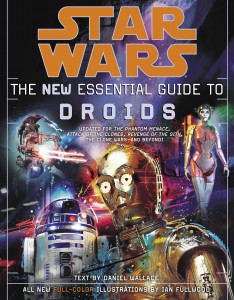 Whether they’re doctors or diplomats, soldiers or secretaries, translators or nightclub waiters, the myriad mechanical marvels known as droids are an indispensable part of what keeps the Star Wars galaxy humming. The varieties and classes of droids are nearly as infinite as their designated specialties. In this updated and expanded nuts-to-bolts survey, each and every droid receives its due–from the simplest drones to the most sophisticated automatons, from heroic protocol model, C-3PO, and his multitasking sidekick, R2-D2, to the insidious Separatist leader General Grievous. Inside you’ll discover:

For the definitive debriefing on droids, there’s only one official, authoritative, and absolutely essential technical guide!