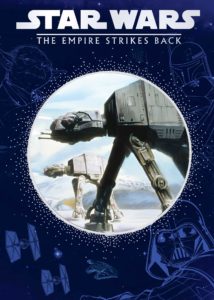 As Luke Skywalker trains with Jedi Master Yoda and discovers the power of the Force, Princess Leia, Han Solo, and all their rebel friends set out on an epic journey to defeat the evil Empire in this illustrated hardcover storybook!

The Force is strong with Luke Skywalker, but he must learn how to control his emotions in order to defeat Darth Vader and the Empire in this retelling of the 1980 film Star Wars: The Empire Strikes Back. Join Skywalker, Princess Leia, Han Solo, and all of their rebel friends as they discover the power of the Force in a galaxy far, far away. Star Wars fans of all ages will enjoy reliving the Skywalker saga in this beautifully illustrated storybook.