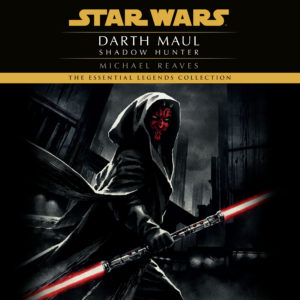 NEW YORK TIMES BESTSELLER • For the infamous, power-hungry Sith, beholden to the dark side, the time has come to rise again.

But he is too late. The secret has already passed into the hands of information broker Lorn Pavan, which places him right at the top of Darth Maul’s hit list. Then, in the labyrinthine alleyways and sewers of Coruscant, capital city of the Republic, Lorn crosses paths with Darsha Assant, a Jedi Padawan on a mission to earn her Knighthood.

Now the future of the Republic depends on Darsha and Lorn. But how can an untried Jedi and an ordinary man, stranger to the powerful ways of the Force, hope to triumph over one of the deadliest killers in the galaxy?