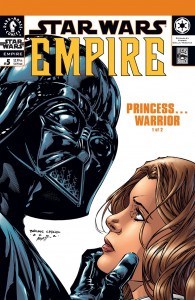 In the weeks prior to the events in Star Wars Episode IV: A New Hope, Princess Leia Organa undertakes a covert mission to deliver much needed supplies to the Rebel Alliance on the planet Ralltiir, only to have her mission thwarted when the forces of the Empire — including Darth Vader — take control of the planet. Leia escapes without the Imperials discovering the true reason for her visit, but she realizes that the time may be past for talk and „mercy missions.“ Turning her attention to another of the galaxy’s trouble spots, Leia finds herself up to her neck in Imperial trouble and comes to terms with the need to take up arms against an evil enemy. Before she was a political firebrand, driven by an outraged sense of justice. Now she must fight to save a people targeted for extinction.