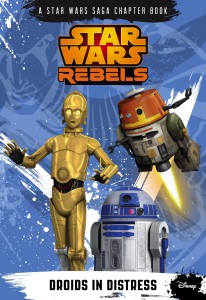 The heroes of Star Wars Rebels are back with more action-packed adventures! Follow them on their journey to save Wookiees as they narrowly escape a terrible Imperial trap. They also meet beloved droids R2-D2 and C-3PO—who are on a mysterious mission to help the Empire! Chopper proves that even a clunky old droid can play a big role in saving the galaxy. But one mission leads to the next for our rebel heroes, and they must ultimately face their biggest enemy yet—the Inquisitor!