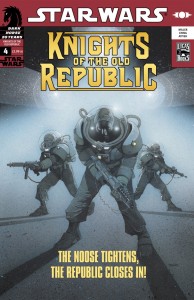 On the run and desperate to clear his name, fugitive Padawan Zayne Carrick guides his ragtag crew of scoundrels toward a treacherous asteroid moon, returning to the site of a significant moment in his Jedi training and to what he hopes will reveal the reason the entire Republic seems out to get him. The answers only lead to more riddles, however, and before they can fully interpret the information they’ve stumbled upon, the band of outcasts are assailed by yet another threat. And perhaps most surprising of all, their party grows by one as a new character enters the fray!