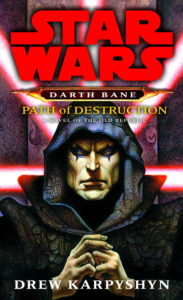 “Two there should be; no more, no less.
One to embody the power, the other to crave it.”
–Darth Bane, Dark Lord of the Sith

On the run from vengeful Republic forces, Dessel, a cortosis miner, vanishes into the ranks of the Sith army and ships out to join the bloody war against the Republic and its Jedi champions. There, Dessel’s brutality, cunning, and exceptional command of the Force swiftly win him renown as a warrior. But in the eyes of his watchful masters, a far greater destiny awaits him.

As an acolyte in the Sith academy, studying the secrets and skills of the dark side, Dessel embraces his new identity: Bane. But the true test is yet to come. In order to gain acceptance into the Brotherhood of Darkness, he must defy the most sacred traditions and reject all he has been taught. It is a trial by fire in which he must surrender fully to the dark side–and forge from the ashes a new era of absolute power. 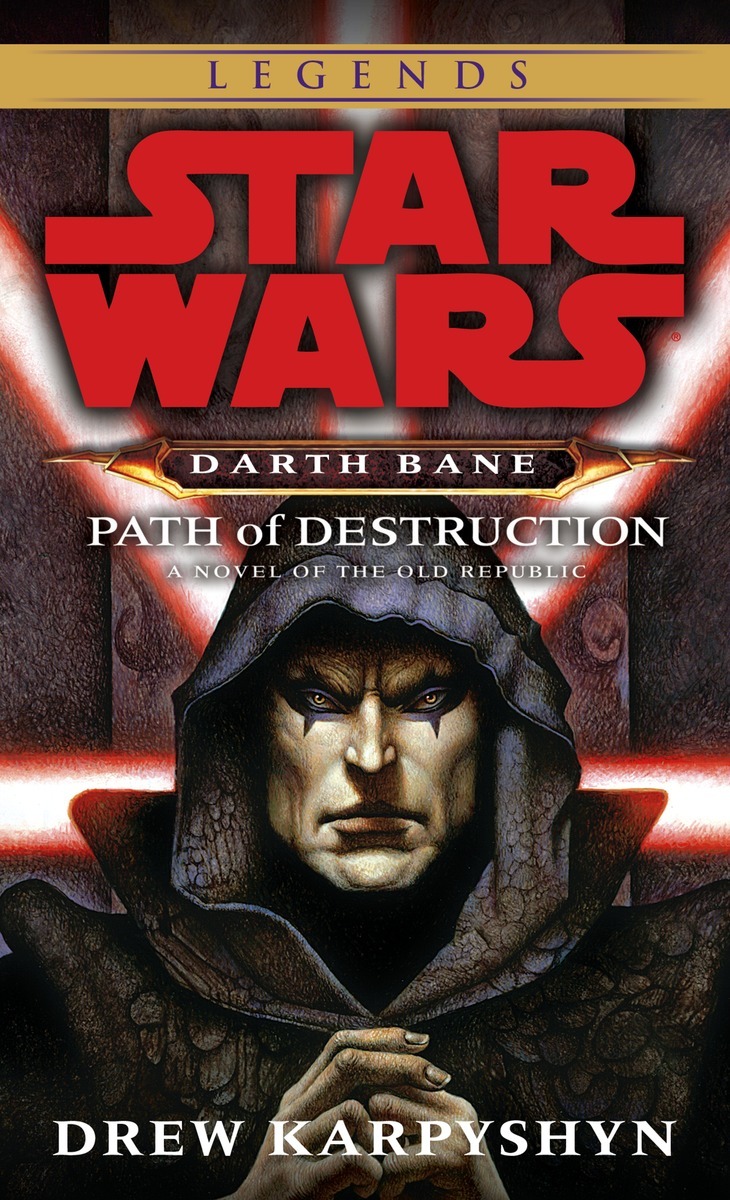