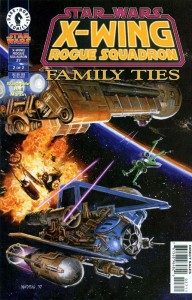 Corellia may have somehow managed to avoid the devastating war between the Empire and the Rebel Alliance, but the back streets of Coronet City have their own brand of villains, and Rogue Squadron can be as heroic on the ground as they are in the sky!