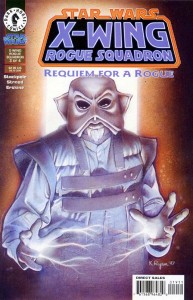 The Bothan tourists that Wedge and crew have come to save are neither Bothans nor tourists — they’re a consortium of spies assigned to follow the Emperor. Wedge is glad to know this now, but he’d have been happier to have discovered this fact before his crew were trapped on this back-water planet called Malrev 4. Now Rogue Squadron is in the middle of a firing ground, between a twisted, self-styled „Lord of the Sith“ who calls Malrev 4 his home and the leader of the spies, Girov, who desires the planet, its great temple, and all its power for his own!