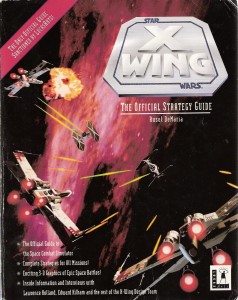 Climb into the cockpit of a Rebel fighter craft and join Luke Skywalker, Princess Leia, Han Solo, Chewbacca the Wookiee, and the newest Rebel hero, Keyan Farlander, as they fight the evil Emperor and his minions. Face danger a hundred times — then come back for more!

Written by the author of The Farlander Papers, this handbook continues the story of Keyan Farlander’s adventures. These further adventures will take X-Wing players through every important detail, as well as each strategy and tactic needed to succeed at the increasingly hair-raising missions.

X-Wing: The Official Strategy Guide is the ultimate resource for fans of LucasArts‘ hit game. Included in this book are: