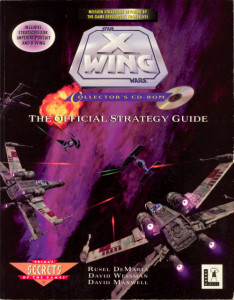 Keyan Farlander, one of the greatest Rebel heroes, is back. Once again, he has emerged victorious from a series of daring conflicts with the evil Empire, and in your hands is the book that chronicles his strategic and tactical genius. Rest assured, there’s no better guidance in the universe for winning every perilous X-wing scenario. Inside, you’ll discover: