We Don’t Do Weddings: The Band’s Tale 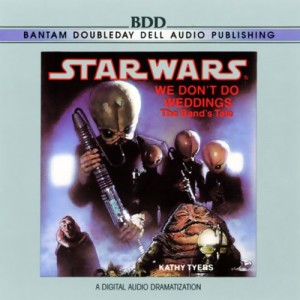 Figrin Da’n and the Modal Nodes – bopping Bithians and members in good standing of the Intergalactic Federation of Musicians – were under exclusive contract to Jabba’s Palace. They were hoofing it up when Jabba’s arch rival sent E522, a recycled assassin droid, to make them an offer they couldn’t refuse.