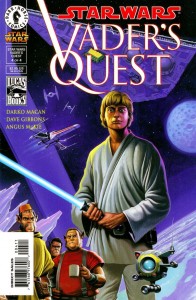 The insidious Darth Vader has arrived on the planet Jazbina, with devastating consequences! Having learned that the pilot who destroyed the Death Star was none other than his own son, he comes face to face for the first time with Luke Skywalker! The planet’s populace stands ready to assist Luke against the evil Dark Lord, but with an Imperial Cruiser over their heads, are they willing to pay the price for defying Vader?