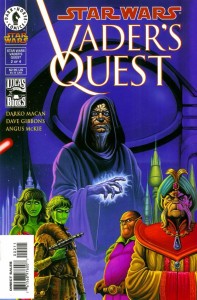 Darth Vader has commissioned a network of spies and rogues to track down young Luke Skywalker, and one of them has struck paydirt in the form of Jal, the Rebel pilot who was forced to sit out the Battle of Yavin while Skywalker destroyed the Death Star and took all the glory. Drunk and miserable, Jal barely survives an Imperial attack and realizes that information he has casually shared might very well destroy Luke Skywalker, and perhaps the entire Rebel Alliance!