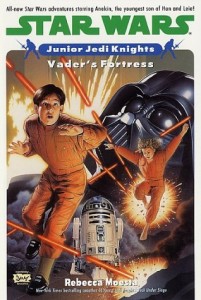 Anakin and his friends just heard an incredible secret! Darth Vader may have retrieved Obi-Wan Kenobi’s lightsaber from the original Death Star. The lost weapon may be hidden in Vader’s abandoned fortress on the planet Vjun, and Luke Skywalker agrees that it must be recovered.

Now Anakin and his friends—along with Tionne and the Jedi Master Ikrit—are heading off to Vjun to find the legendary fortress. Untold dangers await them, for no one knows what secrets still lie within those ancient walls. Even abandoned, it is a stronghold of dark power.

But the biggest danger may not have shown its face. For if they know about Obi-Wan’s saber…who else does?