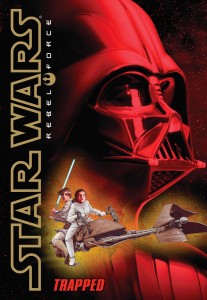 In this fifth exciting adventure in the Rebel Force series, Luke must find Lune Divinian, the escaped prisoner from Yavin 4 who is the sole link to X-7, the Empire’s assassin, to stay ahead of the Empire. But across the galaxy, X-7 has escaped from Imperial custody and must fight the only battle for which he is not prepared: the battle with his identity. More dangerous than ever, X-7 encounters Luke and Div for a final showdown that will reveal everything—or destroy them all.