The Wrath of Darth Maul 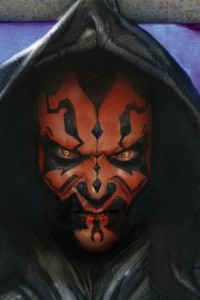 Taken as a child and trained in the ways of the Sith, he became the apprentice to the greatest evil the galaxy has ever known….

Honed by the dark side

After years of plotting in secrecy, he and his Master will take revenge on the Jedi Order—and the once-mighty Republic will tremble….

The savage story of Darth Maul has been shrouded in mystery—until now.