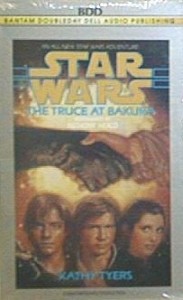 The day after Luke Skywalker’s climactic battle with Emperor Palpatine and the sacrifice of his father, Darth Vader, who died saving Luke’s life, Luke helps recover an Imperial drone ship bearing a startling message intended for the Emperor. It is a distress signal from the far-off Imperial outpost of Bakura which is under attack by an alien invasion force, the Ssi-ruuk. Leia sees a rescue mission as an opportunity to achieve a diplomatic victory for the Rebel Alliance, even if it means fighting alongside former Imperials. But Luke receives a vision from Obi-Wan Kenobi revealing that the stakes are even higher: the invasion at Bakura threatens everything the Rebels have won at such great cost.