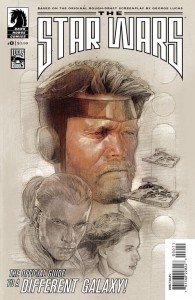 A companion to the eight-issue adaptation of The Star Wars, this is an exclusive peek behind the scenes at the designs that have brought a new—yet incredibly familiar—galaxy to life.

Included in this volume are the never-before-seen comics sequences that were used in Dark Horse’s pitch to George Lucas!