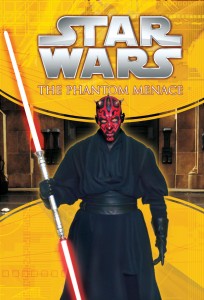 The first in a series of graphic novels that will adapt both the prequel and original Star Wars trilogies, this trusty volume is the perfect way to relive the magic of the movie anywhere you go! From Qui-Gon Jinn’s portentous discovery of Anakin Skywalker to Obi-Wan Kenobi’s fateful final battle with Darth Maul, all the adventure of this landmark Star Wars event is captured exactly as it originally appeared on the silver screen.

A surefire collectable for any Star Wars aficionado and a great way to turn movie fans into comics fans, this is the place to find one of the coolest creations in Star Wars comics history!