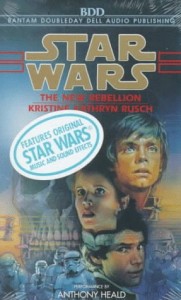 Somewhere in the galaxy, millions suddenly perish in a blinding instant of pain, anguish, and despair — a disruption of the Force so shocking, it is felt by Luke at his Jedi academy on Yavin 4 and by Leia at home on Coruscant. It is a deed that rivals the terrifying power of the.

Then death comes to Coruscant itself. As Leia, head of the New Republic, prepares to address the senate, a massive explosion decimates the Senate’s ranks. Leia survives and recovers, only to be faced calls to resign from office. Even worse some of the Senators lay the blame for the attack on Han Solo.

As Leia works desperately to clear Han’s name, Han and Chewbacca journey to the lawless asteroids of Smuggler’s Run to track down rumors of a secret plot against the New Republic. And Luke goes in search of Brakiss, a former Jedi student who has turned his considerable talents to the dark side and might well have been involved in the unexplained deaths of millions that so disturbed Luke and Leia. But Brakiss is only a small part of the carnage taking place on Coruscant and elsewhere. Luke is being stalked by a master of the dark side who is determined to rule as the next emperor. Luke, Leia, and Leia’s Jedi children are targeted to die. Then billions will follow, in a holocaust unequaled in galactic history.