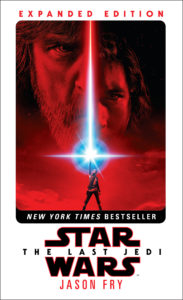 NEW YORK TIMES BESTSELLER • Written with input from director Rian Johnson, this official adaptation of Star Wars: The Last Jedi expands on the film to include scenes from alternate versions of the script and other additional content.