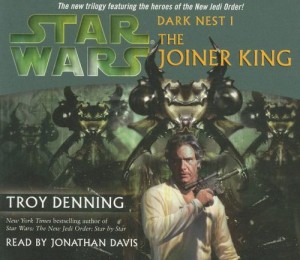 A colony of mysterious aliens is expanding toward the edge of Chiss space. The leader of the alien nest is resolute. Adept in the Force, he is drawing old friends to his side, compelling them to join the colony and meld their Force-abilities with his, even if it leads to all-out war….