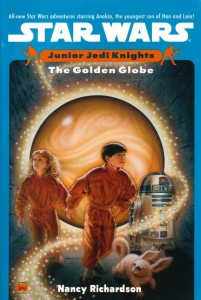 On his first day at the Jedi academy, Anakin makes a new friend named Tahiri. The Force is with her too. Soon they find out that together they can accomplish feats that surprise even their teachers.

But the teachers don’t know what else Anakin and Tahiri do together. Every night, they both have the same dream of going down the river by the Academy on a raft. In the dream, they are drawn by the Force…but for all they know, it could be the dark side!

There is only one way to find out for sure. They have to go down the river all by themselves—for real!