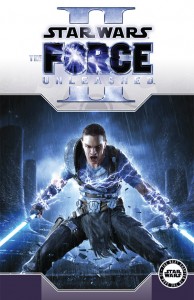 The end of the story in the hugely popular game The Force Unleashed left the Star Wars galaxy poised at the brink of civil war. But before that can happen, the Emperor and his apprentice, Darth Vader, have another plan already in play.

The author of the original game, Haden Blackman, returns with a new story of treachery, deception, and the manipulation of the overwhelming power of the Force. Omar Francia, from Star Wars: Legacy and Mass Effect, is back, providing the amazing art for this original graphic novel based on the upcoming LucasArts game!