The Courtship of Princess Leia 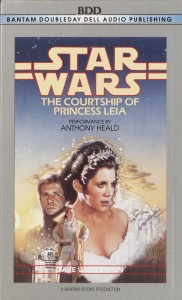 Seeking rich, powerful allies to bring into the Rebel Alliance and a new home planet for the refugees of her native Alderaan, Princess Leia considers a proposal that could tip the balance of power against the evil Empire. The Hapes Consortium of 63 worlds is ruled by the Queen Mother, who wants Leia to marry her son, the dashing and wealthy Prince Isolder. Han Solo has always dreamed of marrying Leia himself, and now he makes a desperate last gamble to win her back. Soon he, Isolder, Luke Skywalker and Artoo will be at the center of an adventure leading to an awesome treasure, a group of Force-trained „witches,“ and a showdown with an invincible foe.